Cast and bios below 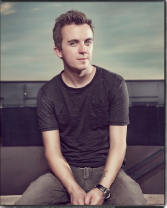 Daniel, a bright young architect from California, never knew his father. As a boy, Daniel lived with the image of a grand-prix driver father who died in a spectacular car crash on one of the great tracks in Europe. For Daniel, Vincenzo was a giant among men. So when he discovered that his father was a family man in Milan with a son of a similar age named Luca, and that his mother had lied to him all of these years, Daniel’s star had just spun out of orbit. And now Daniel is set to inherit, along with his half brother, half of the family home in Capri. On the road to Capri all stories intersect, all come full circle. A family that never was — now is.

Katherine Is a smart successful California architect and the mother of Daniel — the love child she conceived with Vincenzo, in a crazy summer of love as a student in Milan. This secret, which she has kept from the world and Daniel until this moment in time, now threatens to spiral out of control. Katherine faces a deeply disappointed son, and Vincenzo’s irate family back in Italy. Always ready to deal with what life throws at her, Katherine gets ready to begin her personal road to discovery on the road to Capri.

As if her husband’s death were not enough to deal with  Julia learns for the first time that her recently deceased husband, Vincenzo, was the father, of Daniel, a son  he conceived with his one-time American lover  Katherine. Julia, a very proud beautiful woman with strong family values is devastated by Vincenzo’s betrayal and deeply saddened by the impact the news has had on her son Luca.  And now Julia has to come to terms with with the fact that Vincenzo has left the family home in Capri to her son Luca, and Daniel equally. Julia must now travel the road to Capri to discover a lot about who she really is,

Luca grew up following in the footsteps of his boyhood idol — his father, Vincenzo. Vincenzo was a mechanical  genius around cars — “The man with golden hands” as he was known. Luca learned at the feet of his father. Growing up, the car engine was his “video game” and cars were his fantasy land. Young, handsome energetic with a lust for life, Luca had it all. So when he first learned of the existence of a half brother named Daniel at the reading of his father’s will his world came crashing down all around him. How could Vincenzo  do this to him and his mother.  And now with a baby on the way with Elsa, his young bride, he has now idea in which direction to turn. The only way to salvation — the road to Capri — where all will be discovered.

Larger than life, Edmond, grew up in the theatre with his two great friends Vincenzo and Guido – the Three Musketeers as they were known in their youth. Vincenzo and Guido went in other directions but the theatre was in Edmond’s blood. He drew his life’s breath from the stage. Now, with the passing of Vincenzo, Guido returns to visit his old friend with Vincenzo’s two sons, Daniel and Luca. Edmond and Guido pull back the curtain on another episode of their father’s life. Then, from their destination in Capri, when all seems lost for Guido and his nephews, Edmond come to the rescue.